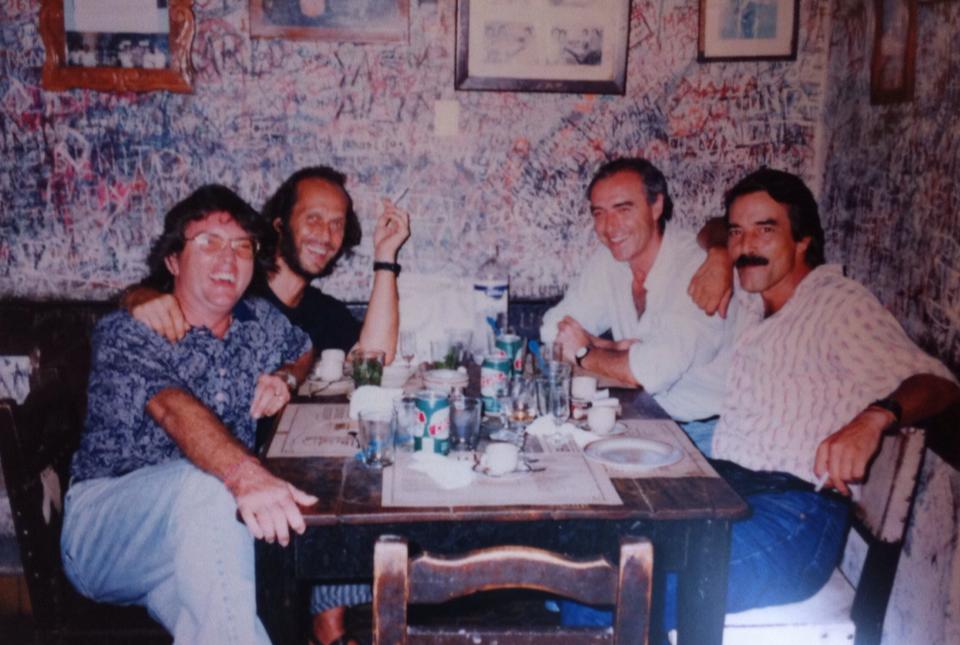 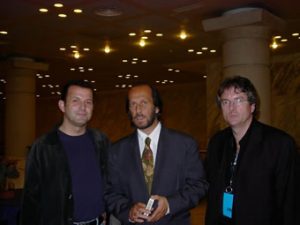 I want to summarize my experience with this great person and tell you what it means for me to be close to him. As I always say, “for those things of life …”, three years ago I met Juan Estrada on the Internet, after a year of communicating via email and chat, we met personally in Barcelona in 2007, where he not only received me very kindly, but he introduced me to Montse Cortés and Dancer La Tani (just imagine how I was). When I arrived in Barcelona in March of this year, he behaved like a true friend, like those who have known each other for a lifetime, and according to him, he did it just because his intuition told him that I was a good person . Since then, a true friendship with him and his family was born and the biggest THANKS do not reach me in order to repay the help and support that he gave me and my husband until today, understanding how hard it could be for us o get used living in another country, away from family and friends, valuing me as a dancer and giving me work as such, introducing me to excellent flamenco artists, and many other things.

For this I made this interview, to thank him for his helping hand and to wish him the best of the world, because I think that this kind of people really deserve it.

E: How and when did you approach flamenco?

JR: My relationship with flamenco comes from my father, he was a great fan of flamenco and especially to the singing .A cousin of mine was a great singer Jiménez Rejano (now deceased), with him and my father we were always going o festival after festival and almost unintentionally, at age 15 I made my debut as a guitarist at Tablao de Flora Albaicín and then at Tablao Cordobés.

E: How was your guitar career?

JR: As I already told you in the previous question, my career as a guitarist started mostly in Cordobés, because at theTablao I define it as the University of a guitarist’s career, if you do not go through a Tablao you can hardly be good, there you learn the most essential and fundamental of this profession. Just in my time I had the great luck of being able towork with Farruco, Guito, Juanito Villar, Camarón de la Isla, Tomatito, Turronero, Manuel Carrasco, etc., etc., at that time they were the great figures of the moment and I I had them every night in front of me to enjoy and learn from them and their art, A LUXURY AND PRIVILEGE.
After I had to fulfill the Homeland and that broke my streak, when I finished with the army my sister Carmen hired me in her show she had in Mallorca and with this I have to say that I changed my career as a flamenco guitarist for the entertainer of parties for tourists, this stage I was 20 years, so I was increasingly distancing myself more and more from the truly flamenco (although I changed the above for a quiet and fruitful life in terms of quality is concerned).
Finally, I was working for 4 years in Cancun, I organized my own group and that’s where I became guitarist again, giving concerts and feeling and playing the way I really liked to do.

E: What made you change course and become a great music entrepreneur?

JR: Well, above all that of a GREAT ENTREPRENEUR OF THE MUSIC, it is something exaggerated. Everything begins in my last stage in Cancun, there I came into direct contact with Master Paco de Lucia, and we established a friendship (GREAT PRIVILEGE) with Paco, that to summarize, I propose to set up a company, DE LUCIA GESTION SL which would be responsible, in addition to other issues, to protect his name and rights on the Internet, the construction of an official website and then the commercialization of a collection of guitars, signed by the Master himself. Little by little that led me to receive almost all the proposals and questions addressed to him that came through the Web, and unintentionally I get in contact with different promoters and festival directors, etc., etc., starting to be the reference to get to contact Paco, something that he will never forgive me, because as Paco said before nobody located me and now since I have created DE LUCIA GESTION SL I have no escape, hahaha!!
So, little by little I have become who I am today, a worker at the service of art and music who feels the most privileged in the world to be next to Paco de Lucia, without any doubt “the best artist, guitarist, of all times”.

E: What is your work based on as a producer and manager? 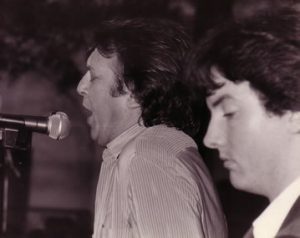 JR: Well, my job as a producer, the truth is like any other, I have many ideas and projects on my desk to study them and start to give them shape, and many others that you propose almost daily, which would surely be fruitful, but with the times that run a little can be done. I keep working on things and when the time comes to be able to do them with some success, the reality is that we are going through some delicate moments, because in times of crisis, if something is cut on budgets, it is in the Institutions and other departments of Culture, unfortunately it is like that and we must accept it, but anyway I am optimistic by nature and I am always looking for new formulas and different ideas to have the artists working , even at your own risk.

E: What artists did you work with so far? 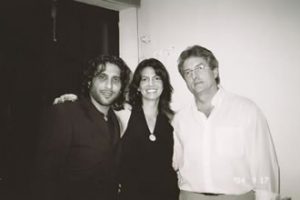 JR: As I mentioned before, almost all my “experience” I acquired in my relationship with Paco de Lucia, at first when I started taking my first steps as a guitarist and later as a manager, the reality is that almost everything I am or everything I have achieved, is, has been and will be thanks to my relationship with Paco, now I am working and very focused on the career of Diego Amador, another artist that I consider a phenomenon, both as an artist and as a person, I value a lot the time to work with someone of their way of being, for me that question is a priority and fundamental.

E: What projects do you have in mind?

JR: I have several proposals on my desk and I am already working on some, but as you know you should not talk about them until they are completed, confirmed and totally closed, it will be a question of superstitions or whatever you want to call it but the reality is that few things that have been published or spoken previously are fulfilled, but do not worry that you will be the first to find out once you have closed them. 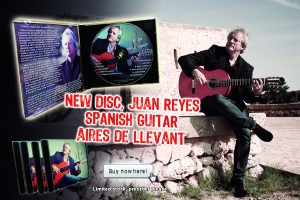 In compliance with Law 34/2002, of services of the information society, we remind you that by browsing this site you are accepting the use of cookies. Accept
Privacidad y política de cookies

This website uses cookies to improve your experience while you navigate through the website. Out of these, the cookies that are categorized as necessary are stored on your browser as they are essential for the working of basic functionalities of the website. We also use third-party cookies that help us analyze and understand how you use this website. These cookies will be stored in your browser only with your consent. You also have the option to opt-out of these cookies. But opting out of some of these cookies may affect your browsing experience.
Necessary Siempre activado

Any cookies that may not be particularly necessary for the website to function and is used specifically to collect user personal data via analytics, ads, other embedded contents are termed as non-necessary cookies. It is mandatory to procure user consent prior to running these cookies on your website.